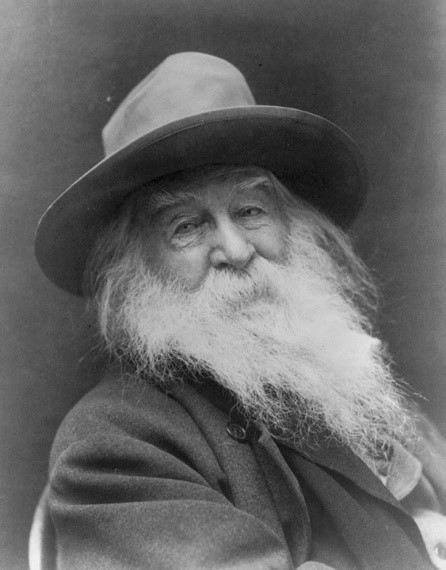 Walt Whitman was born on May 31, 1819 and this year is his 200th birthday. He was buried at our very own Harleigh Cemetery in Camden, New Jersey on March 30, 1892. Today we honor and celebrate his life and what he meant to this country.

Whitman was born in Huntington, NY, and was the second of nine children. He is best known for Leaves of Grass, a collection of poetry which went through six editions and nine successive printings between 1855 and 1892. Walt Whitman’s work allowed readers to question what they knew about their country, war, sexuality, and religion. He was not afraid to speak on topics that were considered immoral, and was eventually know as the “poet of democracy”. Today, his work is available in multiple languages and is a celebrated masterpiece.

Walt Whitman sparked new ideas and ways of thinking about the world through his work. His courage was an inspiration and is still celebrated today. This is why we honor his life and how his work affected the nation over 150 years ago. His influence can still be felt today.